Korea Test Server has updated to v855 (actually updated to v857 but nothing major changed) and as such I’m datamining the new content.

KR’s next patch (as mentioned by “Developer K”) consists of the new Hit the Golden Goblin stage, Cowboy costume, and some class balances.

WORK IN PROGRESS! Please check in regularly over the next few days.

I’ve added a nifty little nav pane to the left of the blog post content. Currently no support on mobile yet, but hopefully this should make it easier to browse the blog. I realize that some posts are super long (like this one) and scrolling can get tiring.

Basically this is the stage mentioned by Developer K about making lots of gold.

(I know the sky isn’t right, I’ll fix it later) 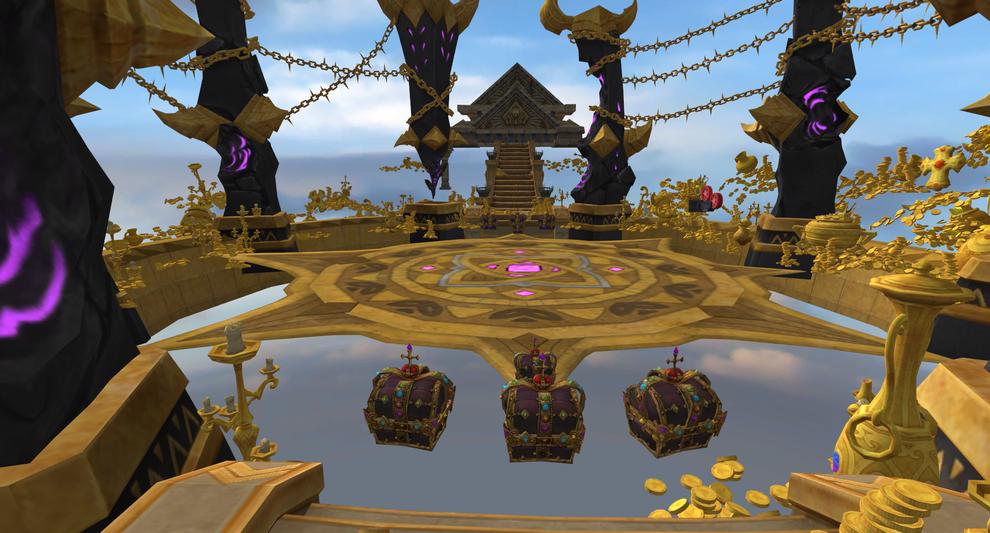 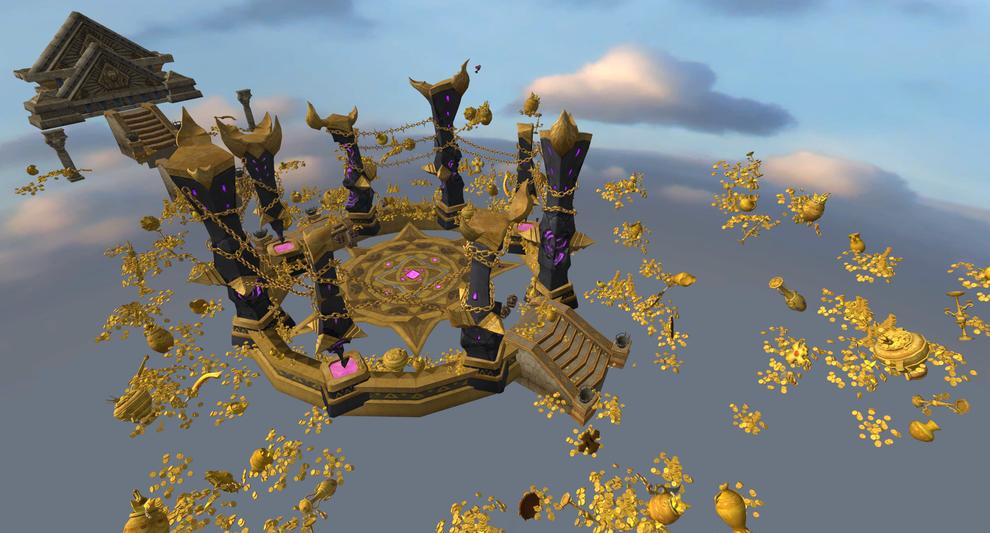 Mist Nest Reboot. No further info right now, but we at least know they’re bringing it back. 3 difficulty levels it appears.

Little to no information about this nest so far. Uses the Guardian Nest loading image but has placeholder data for everything else.

Could possibly be a new nightmare-based nest, judging by how the other nightmare stages are identified by “HT_Map”.

Next dragon raid. Kairon must have nice forests.

A Way Not to Return

This shares similar tool names as the A Way Not to Return dungeon but is marked as a nest and has a clear limit. Hmmm…

공격력 2400%
1000121090
Disappear into the shadows, summon a murder of crows, and rush forward. Can be activated after casting [Fan of Blades][Star Combination][Chain Combination][Burning Escape] by pressing the [Special Attack Button].
Invincible for 0.5s after casting

공격력 {0}%
1000120922
Throw your shield forward. The thrown shield flies for a certain distance, and then spins in place, pulling in nearby enemies. You gain 1 [Nightmare Force] each time an attack hits, but only 1 [Nightmare Force] can be obtained per attack.

T/N Note: I think it might read “can be obtained per target” but I’m not sure.

The skill additionally saves 1 cooldowns, and if you use it consecutively, you will be able to throw the spear faster.

[Judgement Spear: Afterimage] reacts to [Detonate] and deals additional damage on targets hit and nearby targets.
Duration 15s (can be stacked)

Lots of skill number changes, so here’s a table.

*T/N: This translation is a little bit awkward and might be wrong.

Increase your damage by 22%

[Battle Howl] Increase your HP and damage by 50%

Increase your damage by 10%

T/N The horrible flavor translation was fully intentional. I haven’t laughed this hard at an initial translation before

Skill description changed. Damage increased from 748% to 877% at level 16. Applies in Nightmare mode too.

공중도 사용 가능
발사체 총 11개
발사체 당 공격력 282% (3Hit)
일반 마무리 공격 200% 데미지
차징 회전 공격 100% 데미지
차징 마무리 공격 500% 데미지
1000121044
Transform into a [Dark Avenger], jump into the air, and shoot dozens of fire blades to the ground, then descend as you spin and attack.
Keep holding the [Regular Attack Button] after the first hit to keep hitting. The damage of the final hit will increase depending on how long you charge the skill.

After using the second attack of [Rising Slash], press the [Regular Attack Button] to fire a [Piercing Crescent] in an X shape with increased range, or press the [Jump Button] to charge [Fatal Imapct] to X%.

Does not apply in PVP

*This is already in English in the client.

These are changes in filetable.dnt. Many of these files do not exist yet.

Internally referred to as the “Sherrif” set.

NOTE: Weapons may be clipped into the ground. This will be fixed soon when I update the model viewer to let me move stuff around. In the meantime, MOVE YOUR CAMERA UNDER THE FLOOR TO SEE THE ENTIRE WEAPON.

Seriously sorry about that but then again this model viewer was thrown together as a “let’s learn THREE.js” project mostly done over one weekend.

NOTE 2: Model viewers may not work well on mobile. You might be missing textures or the data may not load at all. Mobile support will come in the future.