The Assassin gains a bloody brother with his new spinoff class - Bleed Phantom.

Read the rest of the patch notes here

Creation is the same as usual. 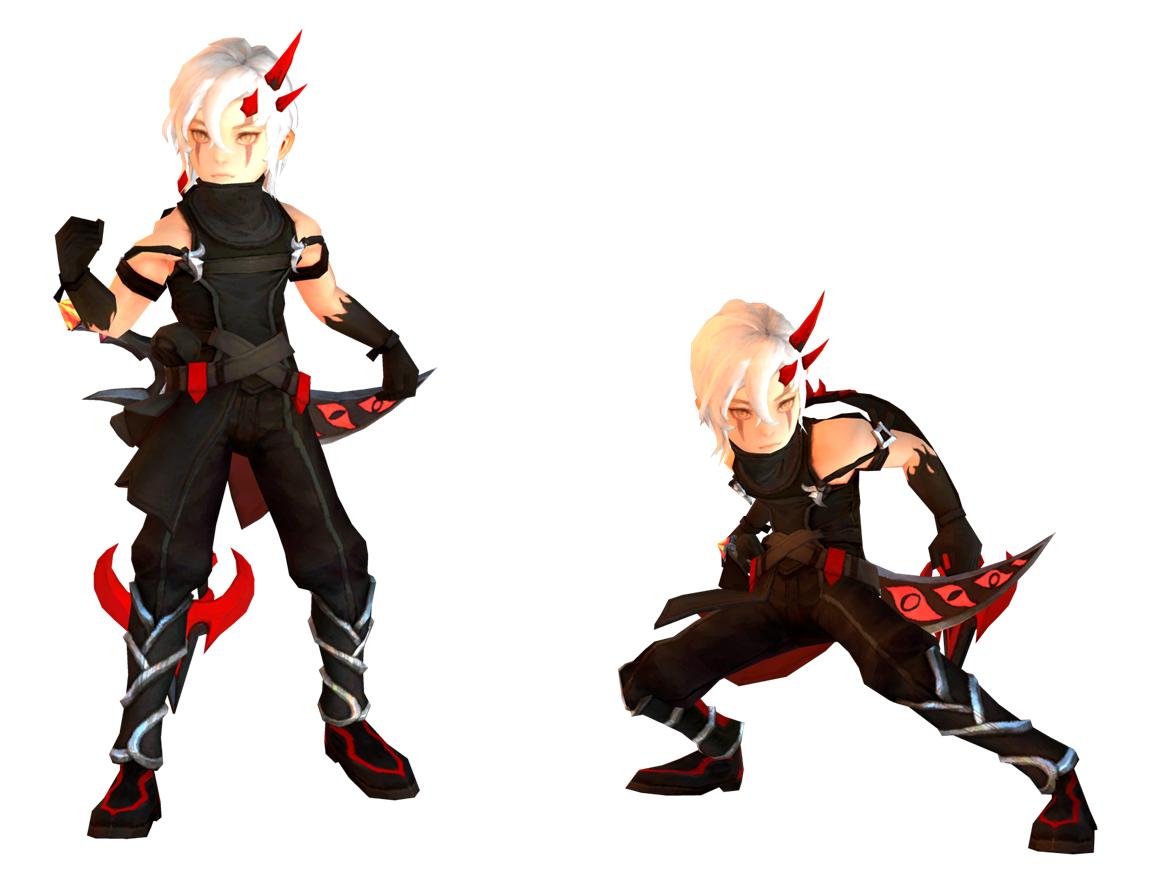 I met another ‘me’

Sometimes deep in my body

The howling of famine is heard

I will not be left behind, lost by time

I will not give in to the power of my destiny

With a promise to be kept,

Now, on my way up

I lay down new footprints on the path I walk

The Phantom has gained tremendous poiwer by gaining a strong fallen. It is specialized in close-combat using the power of the darkness in your body and of your own physical body. You can quickly track and attack your enemies.

Move forward quickly wielding your weapons. You can also use [Special Attack] while dashing.

Use a quick slash to the enemies in front. At levels 6 and 11, an additional cooldown is saved.

Rush forwards and break the enemy. Recover 1 second of cooldown for every attack hit.

Concentrate the forces of darkness, then explode them, causing great damage to enemies in front.

Explode your inner darkness, consume 5% of your max HP, and transform into [Bleed Phantom].

When you transform, gain 20 bubbles and restore the cooldown of [Flagship Skills].

Gather the power of darkness and gain benefits for passing through an enemy. At the right moment, strike with [Regular Attack].

Usable up to 3 times while the button is pressed.

Rewards can be obtained for leveling a Bleed Phantom to Lv 95 between Nov 16 and Nov 30.

You will receive an event compensation package (costume) on Dec 7.