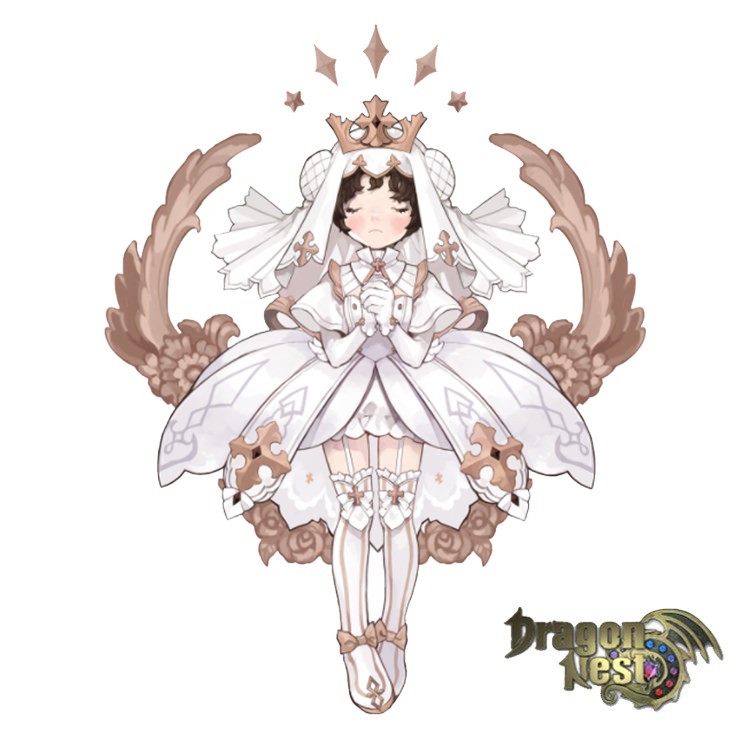 I am late because I missed the greeting.

What is the Party Matching System? 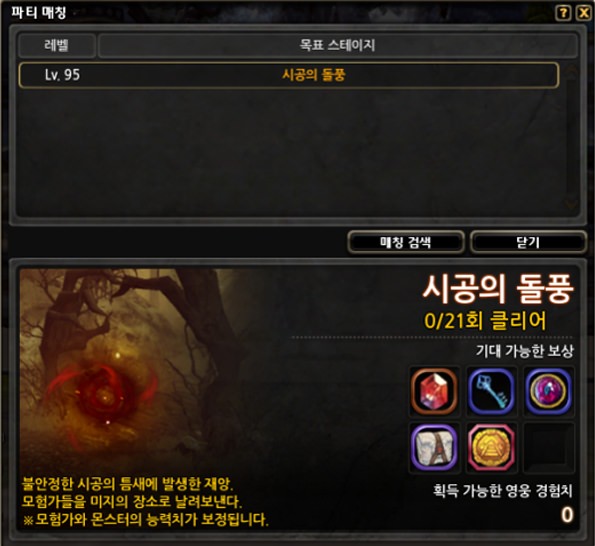 I’ve actually mentioned this publically several times, but it is literally [Automatic Party Making]. When I talk to Nepi (T/N: NPC name?) and put myself into queue, he will automatically match me with other players that meet the conditions and we enter the nest.

The system does not apply to existing content, but I will manage the party matched content separately. If an automatic system is used to create parties for challenging content where performance and coordination is important, there will be many problems.

The first application of this system is called “Gusts of Construction” and it is revamped content. I will go over them first, but there will be more content later.

The Gusts of Construction is a selection of target nests. One of Manticore, Archbishop, and Daidalos is randomly selected. This is challenging content that players can come in and enjoy regardless of gear.

Actually, the basic rewards are similar to those of abyss dungeons.

Additionally, there will be an item similar to shard. If a user possesses this item, the party will recieve a buff upon entering Labyrinth, making it a little easier to farm.

It may sound a little rough, but it is content that is needed for the buff reward. I do not intend to maintain Gusts of Construction indefinitely, I just want all players to get together and enjoy it. 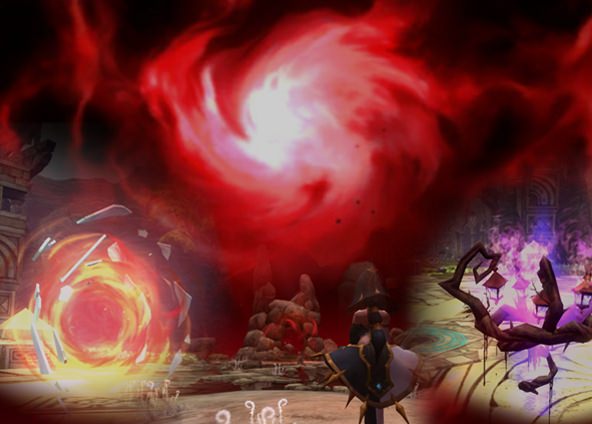 Last month was a tough month (T/N Because y’all are bad at development). Due to internal circumstances (T/N Read: Lack of proper dev and deploy processes and testing), the content and rewards were published in a bad state and I had to make a lot of patches to the live build (T/N You’re supposed to check that BEFORE pushing to prod). It was riskier than I had imagined and a lot of developers had to work hard (T/N Because y’all don’t know what you’re doing).

I have prepared data to see the status of the Labyrinth update. I do not mean to say I didn’t play Labyrinth. I want to show that the users can feel differently about the game, and that it may different from the perceived. I feel sick and am very sad when I see some people take public opinion on forums as facts.

This is a daily nest utilization graph from December to March.

Nest utilization rate, which has been steady month-to-month, has increased tremendously since Labyrinth (more than 2x).

Of course, it also contributed to new users due to the new content effect.

This is a graph of party sizes for nests.

The total is more than 100% because some players play in varying party sizes, which are all counted. Therefore some users are counted more than once.

The rate of solo nesting is still very high, but the users with less than 600,000 damage constitute a large portion, who prefer to solo.

Currently, those with more than 600,000 damage have a fairly high preference for party play.

I think it is much healther now than the old nest system.

Finally, a graph showing the preference of nest for 4 man parties.

Volcano was supposed to be overwhelmingly high, but turned out to be fairly balanced.

Hmm… Mist. Not nearly as popular.

T/N Going to take a break here, I have work tomorrow. Rest will follow later - Vahr

Welcome aboard to Flight Fabulous!